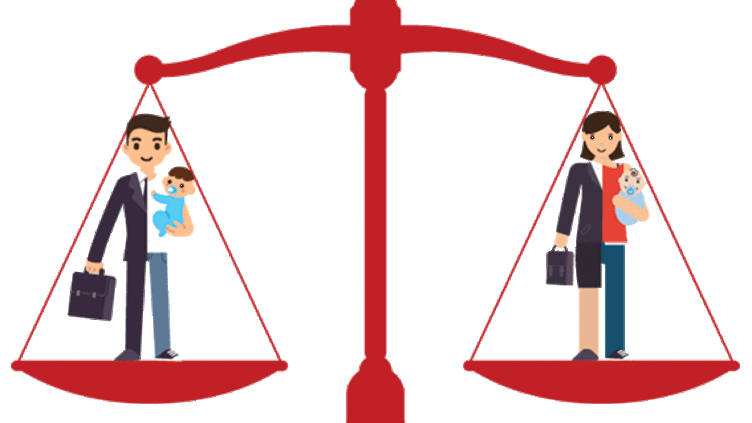 Parental Leave Policies and How They are Changing (5 Mins Read)

The birth of a child is a life changing event not only in the lives of the father and the mother, but for the entire family. Those giving the birth only can know and feel how important it is. For most of the families, the arrival of a newborn marks a moment of happiness and joy; however, it can also be a time of increased stress. Hence, parental leaves are essential to let the parents celebrate and enjoy the moment and take good care of the newborn as well. The term "parental leave" may include maternity, paternity as well as adoption leave. It may also be used distinctively for "maternity leave" and "paternity leave" to let the either parent take care for the small children. A paid parental leave provides paid time off work to take good care of the child.

Parental leave has been available as a legal right and/or governmental program for many years, in one form or the other. In 2014, the International Labour Organization reviewed the parental leave policies in 185 countries and territories and found that all countries except Papua New Guinea have laws mandating some form of a parental leave. A different study showed that of 186 countries surveyed, 96% offered some pay to mothers during leave, but only 44% of those countries offered the same for fathers.  The private employers sometimes provide either or both parents unpaid and paid parental leave outside of or in addition to any legal mandate.

The human resource policies have always been evolving and accommodating the ever changing requirements of the workforce. The system of only earned leave, sick leave and casual leave is no longer considered to be adequate. With greater focus on the childbirth related leaves, there is now a bigger thrust on both paternity as well as maternity leaves Apart from bringing in flexibilities in the work culture, such as allowing work from home and flexi-hours, the organisations have also lately been very innovative in providing maximum possible satisfaction to the employees in terms of the numbers and types of leaves.

Mark Zuckerberg,the founder of the social networking site Facebook, took two months off from work after the birth of his daughter. This has drawn the entire world’s attention to the liberal parental leave policy culture that exists in most of the Silicon Valley companies. This much publicised act also renewed the focus on the need for a greater recognition of the father’s role in looking after a newborn.In the recent years, more and more organisations, have revised their parental leave policies to make it more family friendly. In Finland, in addition to the paternity leave, the government further incentivises fatherhood by offering a ‘daddy’s month’. Similarly, in Sweden, which is another country with highly family friendly policies, both parents are collectively entitled to stay at home with their child for a total of 480 days, out of which 60 days can be taken by the father.

In India, the country passed the Maternity (Amendment) Bill in the year 2017 which increased the rights to paid maternity leave for working women from 12 weeks to 26 weeks—the third highest in the world. The pregnant woman can divide the leave into two parts as post and pre-delivery. Eight weeks of leave can be taken before the delivery and remaining post the childbirth. Even after the 26 weeks, if required the maternity leave can be extended depending on the requirement. The extension depends on the health of the child and the mother. Medical proof needs to be submitted and the extension gets approved. However, post 26 weeks, the leave is usually unpaid. In case of extension of the maternity leave due to medical reasons, one is entitled for an additional 30 days of paid leave over and above the 26 weeks.

Let’s discuss some of the factors for the changing policies

Due to the societal changes:

A number of factors have brought about these changes in the policies. Apart from the changing gender norms, the varying social norms are also responsible for this. With the nuclear and dual income families becoming the trend now, there is a sudden and acute scarcity of caregivers in our urban setup. Moreover, with the expansion in the sizes of the cities and the long distances from home to work , the employees may not always be in a position to accommodate a change in their schedule because of the birth of a baby in the family and the constant care required for the newborn. All these factors are making the workforce more demanding and the HR departments in various companies are recognising the demands.

While there has been a very positive movement on the maternity leaves front, but the paternity leaves remained neglected for a long time, especially in India. The latest surveys indicate that the quantum of paternity leaves in an organisation is one of the most important determinants for the men to choose an employer. The corporates are now trying to focus equally on maternity as well as paternity leaves, to keep on attracting the best talent from the market. A survey conducted with 97 technology companies in the US found that the companies which offered paid paternity leave were able to get better talent from the market. The companies surveyed included Google, Facebook and PayPal. The survey pointed out that 71 per cent of the companies which offered paid maternity leaves, offered paid paternity leaves too. In India, fathers are usually given 15 days of paid leave and upto 3 additional weeks of optional work from home. These leaves can be availed within the first 6 months of the birth of the baby. Amazon, in 2015, started offering all fathers six weeks of paid leave One of the most unique aspects of Amazon's parental leave policy is its 'Leave Share' program, which allows employees to share their parental leave with a partner who doesn't work at Amazon and whose employer does not provide paid parental leave.

For the social values of higher paternity leaves:

A male employee who gets paid paternity leaves once he is a father is able to share the responsibility of childcare better than one who enjoys very few paid leaves or is not entitled to any. As corporates become more and more socially responsible, increasing the numbers of paternity leaves is just another way of contributing to the society. At the same time, an increasing number of people view the idea of paternity leaves as being better aligned with feminist ideals that envision greater parity in gender roles. All these factors are beneficial to the society and to the nation. Unfortunately, the Indian organisations are yet to embrace the idea of paternity leaves whole-heartedly, with most companies still looking at them as unnecessary. We often fail to realise that this is a family-friendly HR policy which contributes to reducing attrition and gives not just a good social cause but a good business sense as well.

The men want to be with their wives in the crucial initial days of childbirth, not just to take care of them but also witness the first cry and the first smile of the newborn. Men are also willing to actively participate in the childcare more than ever before. These requirements of the male workforce are increasingly being recognised and honoured by the HR departments of the large companies. The organisations which are offering longer paternity leaves now are able to boost the morale of the employees who have just become fathers. The fact that the employer offers sizeable paternity leave is comforting to a would be father and he is able to connect with the company in a better way.

The benefits of maternity/paternity leave provide a great work-life balance for the families, workers, employers and the society. A 2016 EY study of more than 1,500 employers backs this up, finding that more than 80% of companies that offer paid family leave reported a positive impact on employee morale and more than 70% reported an increase in employee productivity. As discussed here, providing adequate parental leaves is not only necessary but it’s affordable and feasible too for the large companies. It is also conducive to social and economic development.

Why Online Employer Reviews are important for your company

5 hacks to secure a higher salary package in a company

What are Impressive skills for your Resume?