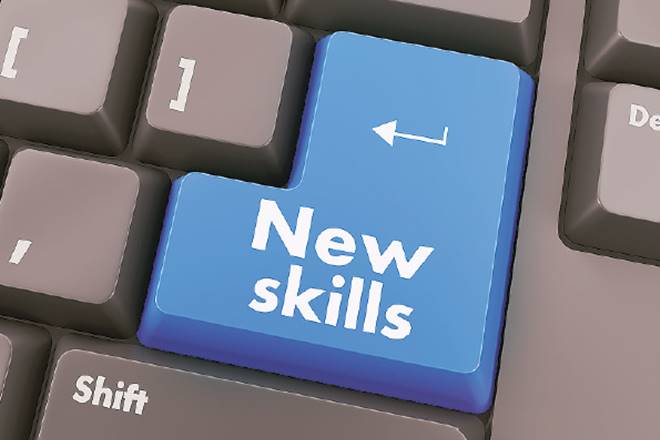 The technological advancement is replacing the workforce with machines to complete many of the tasks which were once done by the human beings themselves. This automation revolution is going to have a huge impact on the employment in the coming times. Almost every job is going to change, many of them quite profoundly and the majority of today’s employees will need to develop new skills. So, preparing for the future of work is one of the major business problems which the industry is facing right now, but most of the organizations are not ready yet to address that.

The transition to this automation revolution which was quite slow earlier, has been very rapid during the COVID-19 pandemic. Companies have emerged from the crisis and moved into a world of workplace physical distancing. Many significant changes have been observed in the customer behaviours and preferences too. The manufacturing companies are reconfiguring their production lines and their supply chains. The service organizations are emphasizing on digital first customer experiences and contactless operations. Recovery is forcing organizations to rethink their operations for the next normal. These changes will have significant effects on the requirement of the workforce skills and capabilities, from a steep increase in home based and remote working to a need for the shop floor personnel to master new tools and urgent health and safety requirements which are very crucial now especially due to COVID 19.

The future of work will require two types of changes across the workforce: one is upskilling, in which the staff acquires new skills to help in their current roles, and another is reskilling, in which the staff need the capabilities to take on an altogether different or entirely new roles. Research suggests that the reskilling challenge will be particularly difficult in operationally intensive sectors, such as manufacturing, retail, transportation and operations-aligned occupations, such as claim processing, maintenance and warehouse order picking. These sectors will experience a huge amount of change than the global average because they usually employ large number of people and because of the predictable and repetitive nature of many operational tasks which make them particularly suitable for automation or digitization.

Analysis suggests that 39 to 58 percent of the worldwide work activities in operationally intensive sectors could be automated using currently demonstrated technologies. That is 1.3 times the automation potential of activities in other sectors.

Beyond the scale of the coming changes in workplace roles and activities, what matters most is the nature of those changes. Increasing automation will significantly shift the skill profiles of tomorrow’s jobs. That has implications for employers and employees alike. Companies will need people with the right skills to develop, manage and maintain their automated equipment and digital processes and to do the jobs that machines cannot. Workers will need the skills that enable them to access employment.

In Europe and the United States, for example, demand for physical and manual skills in repeatable and predictable tasks is expected to decline by nearly 30 percent over the next decade, while demand for basic literacy and numeracy skills would fall by almost 20 percent. In contrast, the demand for technological skills (both coding and especially interacting with technology) is expected to rise by more than 50 percent and the need for complex cognitive skills is set to increase by one-third. Demand for high-level social and emotional skills, such as taking initiative, leadership and entrepreneurship, is also expected to rise by more than 30 percent.

Leaders Need to be Prepared

Leaders feel that automation and digitization will create significant skill gaps in operationally intensive sectors, but most report feeling unprepared for this challenge. In a survey of 116 executives conducted across some of the large organizations, nearly two-thirds of respondents said skills were one of the top ten issues for their companies. Only 7 percent of respondents thought that their companies were fully prepared to address the skill gaps that they expect over the subsequent years.

When the executives in the survey were asked why their organizations were not yet ready to tackle the skill issues, they cited three main reasons.  One in four respondents said they lacked a clear understanding of the impact that future automation and digitization would have on skill requirements. Nearly one in four said they don’t have the tools or the knowledge to quantify the business case for efforts to reskill their workforces. Moreover, almost one third of them thought that their current HR infrastructure would not be able to execute a new strategy designed to address the emerging skill gaps. Across industries, the latest survey data indicate that these problems persist even today.

The Role of Reskilling

The companies can use many different approaches to address the skill gaps. They can look out of the organization and hire new staff with the right skills. They can build the required skills internally, retraining their existing staff to prepare them for the new roles. They can even take a hybrid approach, including using a skilled contract workforce to fulfil the short term needs while developing the necessary skills internally.

Many of the organizations are likely to adopt a mix of these above models. They might look out in the external market to fill up certain highly technical and specialized roles such as data scientists and try to fill the new frontline roles, such as production exception handlers and robot controllers, from the existing workforces. We believe that the always ongoing shifts in societal attitudes will increase the expectation that companies do more to retain and retrain their current workers wherever possible.

The executives in the survey were broadly in union with the view that their organizations have a significant role to play in the skill transition. Two-thirds of respondents thought that corporations should take the lead in the development of the new skills required for the digital era and 80 percent said at least half of all new roles should be filled by reskilling existing workers. However, this has some important geographical differences, like among the European respondents, 94 percent thought that the balance between hiring and reskilling would be either equal or tilted in favour of reskilling, but the equivalent figure among the US executives were 62 percent only. This reflects differences in the local employment cultures and legal provisions.

Most organizations will need to significantly ramp up their employee training and capability building efforts, to meet their large scale reskilling aspirations. A number of large companies have already started to do so. For example, the global retailer Walmart, is investing $4 billion over four years to help their staff in the frontline and back office jobs transition to new customer service oriented roles. Amazon, the e-commerce giant has plans to spend $700 million on technology trainings by 2025 in order to help their employees move to higher skilled jobs

It might take many years to make these global reskilling programs pay back to them, but these are visible and important investments. Some companies are already reaping the rewards from their reskilling efforts on a smaller scale. For example, Tata Steel’s Plant in Ijmuiden, Netherlands, has already established an advanced analytics academy to train and certify hundreds of engineers on the applications of new analytical approaches to manufacturing process improvements. Using the new techniques has helped the plant boost its earnings before interest, taxes, depreciation and amortization by more than 15 percent, in spite of significant cost pressures across the global steel sector.

Conclusion: While reskilling at present sounds as a very good option,  but it is not an easy task. As companies go global, with many of them operating 24/7, taking the workers off the floor for training is quite difficult. Training also requires lots of funding and an appropriate group of trainers. Even if the enterprises manage to get time and money for the workers, it needs to be considered that it’s not a one time affair. The trainings need to be continuous and programs have to be created to foster a long term learning for the employees.

The experts are of the opinion that with automation, there is a very bright future with technologies, where companies can drive significant performance improvement and handle a much higher volume of work in much lesser time and investment.