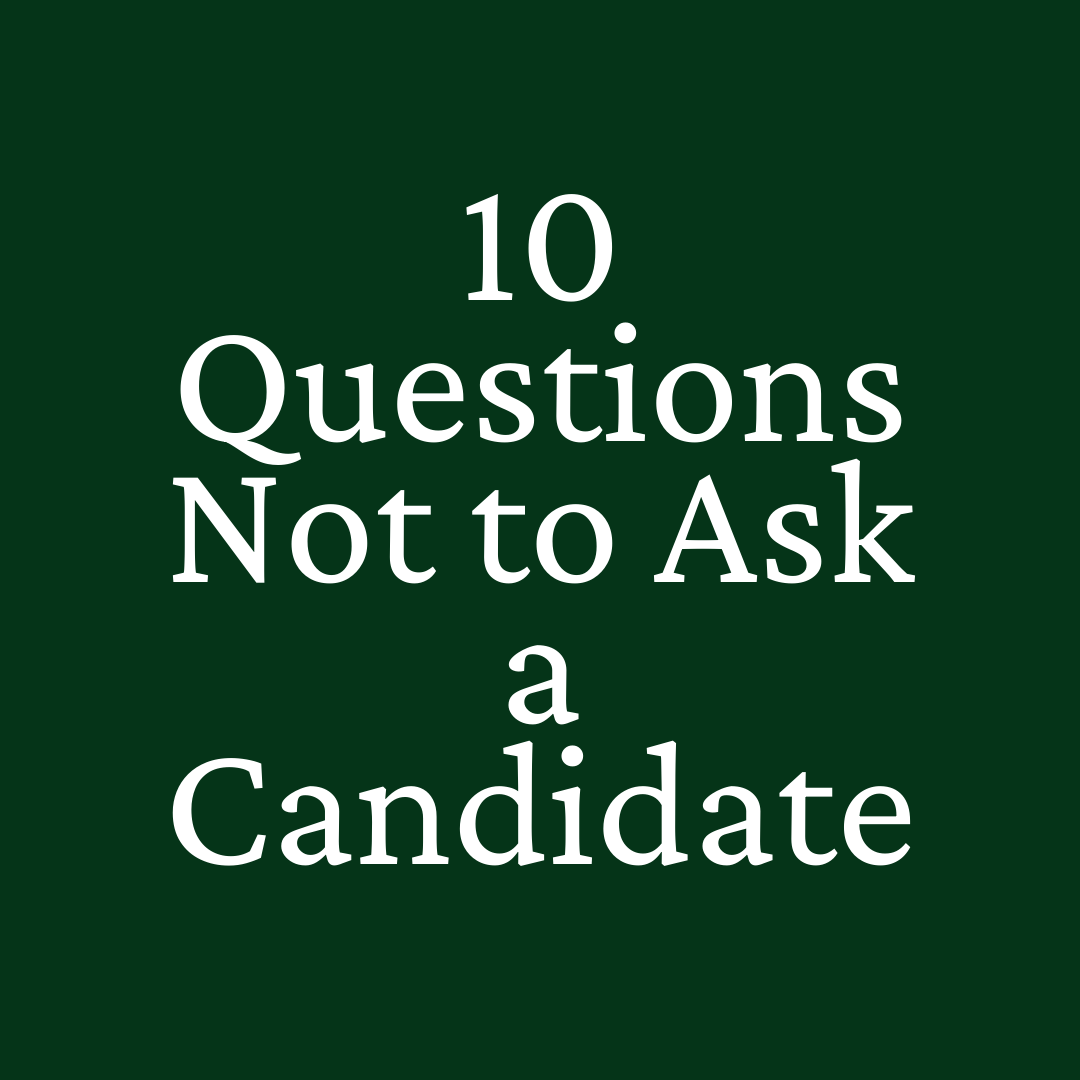 In today's competitive environment, conducting a job interview is quite stressful for both the parties, the employer and the employee, as you are looking for the best employee and the candidate is looking to make the best impression and secure the job. In this situation, the last thing that you would want as a recruiter is to make a candidate feel uncomfortable or feel discriminated against no matter how good your intentions might be. So, while conducting an interview, you have to always keep in mind that you cannot ask any questions which is related to any of the following:

Summary: You should only focus on asking the questions which are absolutely relevant to the requirements of the job and assess if the candidate meets all the criteria for that particular position. The questions have to be consistent and the interview process should be kept as simple as it can be. In order to do that you have to create a set list of questions before the interview and stick to that. Avoid asking anything too personal which might appear as a discrimination. At the end, even if the candidate is not selected, they must feel that the interview was fair and their experience was good.