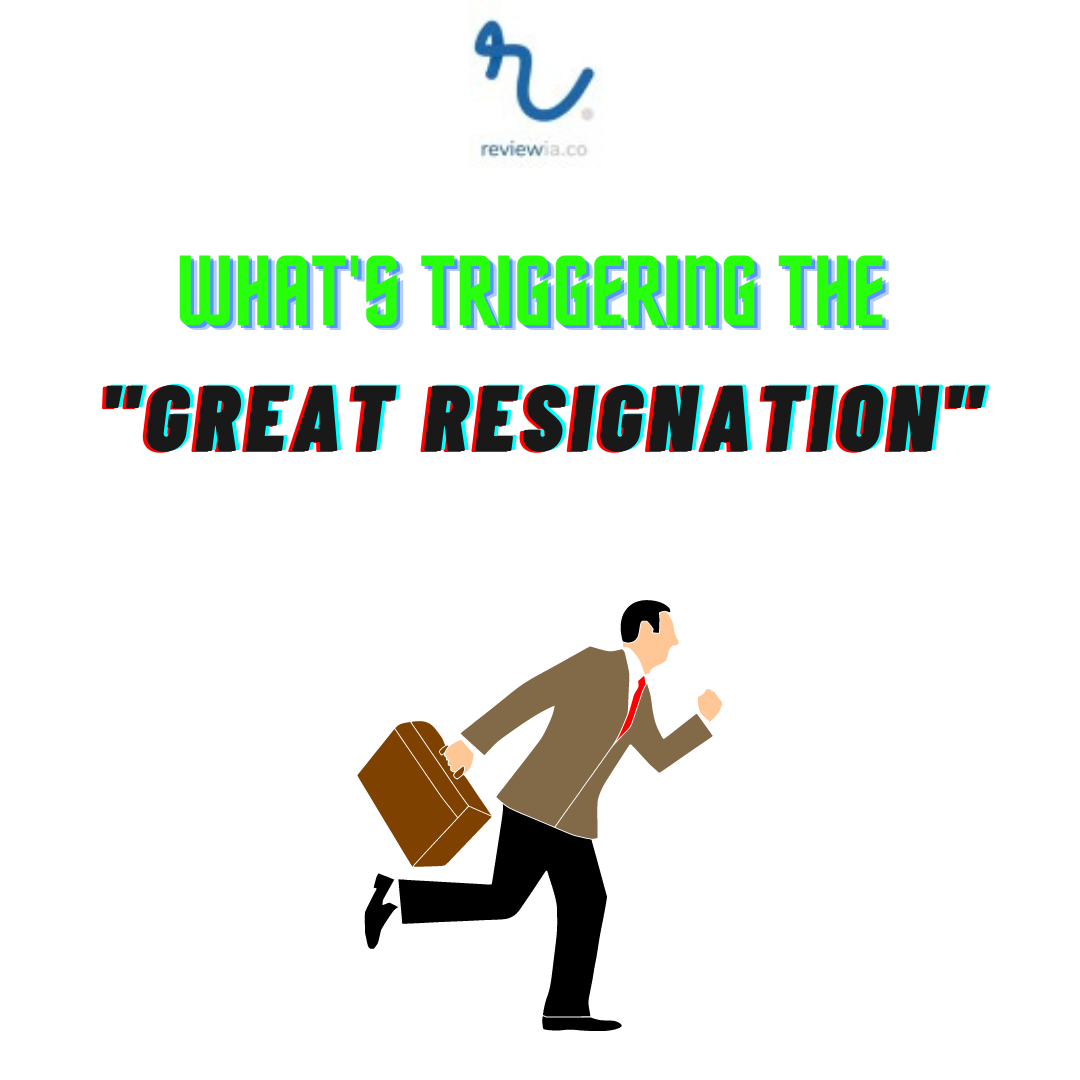 What is Triggering the Great Resignation (7 Mins Read)

It has been observed that in the last several months the number of resignations have shot up hugely in the U.S. and around the other parts of the world. What is triggering the “Great Resignation” and how can the employers combat what’s being called the Great Resignation? First, the employers need to analyze and measure both the problem and its impact on the key business metrics. Thereafter, they have to identify the root causes which are driving the workers to resign. Lastly, the companies should implement the targeted retention campaigns which are designed to address the specific issues with which they struggle the most.

The employees have had enough since the time of the time of the Covid outbreak all over the world. Enough of the unending team calls and putting their career development on hold, feeling overloaded, unsupported and overlooked by the employers.If the reports are to be believed, record numbers of people around the world have come to the realize that enough is enough and that’s why they considered and are still considering voluntarily leaving their jobs.

According to a survey conducted recently in 2021, about 41 per cent of the employees all over the world considered leaving their jobs within the next one year and that’s a very high number.

This has been dubbed the “The Great Resignation” by the psychologists for a very good reason because as it was seen with “The Great Recession” or “The Great Depression”, the impact would be phenomenal. Just imagine, if you’re a leader and half of your workforce thinking about leaving you. Just when you thought that you could see the light at the end of the tunnel after Covid 19 and get back to recovering the loss in your business, your greatest assets are planning to leave you.

Let’s see what’s triggering people to leave their jobs in such huge numbers.

Those people who planned on leaving their jobs before the pandemic but decided to hold due to the instability caused because of COVID-19, are now resuming their job searches with a new-found enthusiasm. As a result, the backlog of resignations that have built up over the last several months are now beginning to clear.

This isn’t very surprising. With the rising vaccination rates globally and the gradual opening up of the economies, we’re seeing a significant shift in the job market and confidence returning everywhere in the world. There are more opportunities out there right now than it has been for a long time, so most of the employees feel that it’s the right time now to finally make their move.

2. Employees got enough time and space to reflect on both their personal and professional lives

If the employees weren’t considering for a new role before the pandemic broke out, then chances are that they are doing now. According to a recent poll of over 25k people, 74 per cent said that the pandemic has forced them to reconsider their job or career choices.

Be it feeling unsupported by their employers or the fact that, we’ve all been forced to confront our own mortality in a way which we’ve never done before. For many, the pandemic has provided enough time and space to reflect upon their working lives – something that many of them never had the luxury of doing earlier. Lots of people have realized that life is too short to do a job which they don’t like or for a company that don’t think and care about them.

3. Employees just don’t want to return to the office now

After working from their own homes for the last18 months, where things are totally in their control and doing their jobs in a way which suits best for them and enjoying the freedom to live their personal lives alongside their jobs, now most of them just don’t want to go back to the office anymore. This coupled with the fact that many of the workers have already relocated or dreamt of, the prospect of returning to the office has been a big trigger to leave for most of the people. This has been reflected in a recent research, which found that 46 per cent of the people say they’re likely to move because they can work remotely now and are closer to their family or with their family.

Lots of people feel they have rediscovered a newfound sense of connection with the people who matter in their lives just by not working from the office. Both our homes and our offices have a role to play in enabling us to lead fulfilling work lives so people are making the choice as per their liking and the needs.

4. Employees are burnt out

The burnout right now is real and it’s rife. As per a recent survey:

These frightening figures prove the intensity of the workday and what is expected of the workers during this time has gone up significantly. So, it’s not surprising that so many people are reconsidering their job options

The advanced technology has been the great enabler for all of us to continue to do our jobs and save our economies from a total collapse over the last one and half years. If this would have happened 20 years ago, not sure how we would have kept our office work continuing in such a comfortable manner, so technology has helped us immensely. But on the other hand, the technology has blurred the lines between our work and private life and this level of burnout and exhaustion is not sustainable.

5. Employees are motivated for a lot more financial gains

Employees who continued to work from home during the pandemic, their savings have increased a lot. Without the transportation costs forgoing to the office, the after-work drinks, the meals out or the lunches in, most have actually managed to save a huge amount of money. These financial gains have led many to feel more confident to make a move or even leave a job. For many, this financial benefit has given them more space to make the career decisions which they felt are right for them.

Moreover, people now have more visibility than ever before (thanks to the internet) into exactly what salary their own unique skillset and experience commands. So, when they decide to move, they most often get a 15-20 per cent salary hike. These numbers make a huge difference to the savings and finances and are a big driver behind all the movement we see in the market now.

6. Many employees realised they don’t like their jobs actually

Many people have been left to just doing their jobs at home since the last one and half years. All the interactions with colleagues and the distractions stripped back, many have realized that they don’t actually like the work they do, especially when they don’t have all the other softer stuff to break their days up. This reality has hit them very hard.

Over and above that due to the constant team calls and chats, many feel disconnected from their teams, their managers and their organizations. Many people have lost a sense of connection to the workplace. They’re not feeling the genuine connection any more. They feel less recognized and less appreciated.

Consequently, there’s been a big rise in people choosing to do it alone and set up their own ventures. According to the reports the pace of new business applications since the mid 2020 has been the highest on records. This is echoed by a research which found that 46 per cent of employees are planning to make a major career transition.

The job market is now strongly favouring the employees. Triggered by the Great Resignation, which is now entering its peak, the tide is turning towards bringing in the Great Hire. The smaller cities, which had brain drain earlier can retain their sons of soil and hire the talent remotely.

This sea change has already started happening. We can see organizations, which have great working cultures attract the best of talents. Employees who haven’t previously considered changing their jobs are now expecting the flexibility and have the choice of working from anywhere. The companies which meet those expectations of their people will be the winners in the long run.