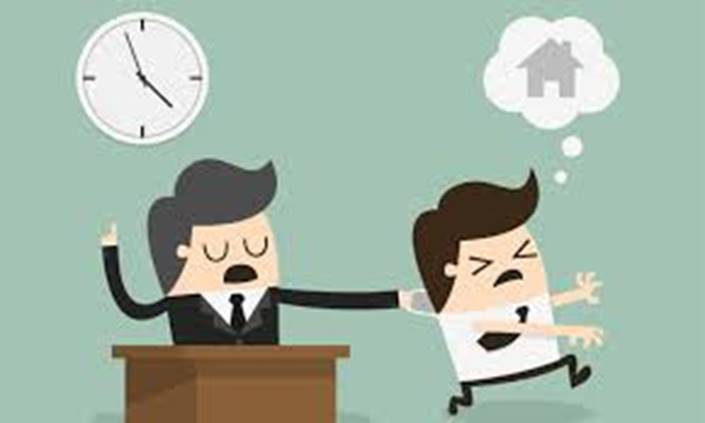 “All work and no play makes Jack a dull boy”. All of us have heard of this popular proverb. But we never pondered about how it came around to existence. Though the internet has no answers on its origin, we have a pretty good guess. In the 17th century, Jack, a country boy, was the epitome of inspiration for all, as he always gave his 100% in his work life. To put it in a nutshell, he was a workaholic. But, people around him didn’t enjoy talking to him because he had no time for any other activities other than his work. They found him boring. Later, the country people decided to give Jack a piece of their mind so that he doesn’t forget to have fun once in a while. Hence, it was a happy ending after all.

This story might be hypothetical, but the crux is based on reality. Here we are in the 21st century, and we are surrounded by many Jacks. In fact, chances are that the person reading this blog is one of them. Either by our own choice or by work pressure, we are forced to spend most of our time in our working place or working at home. Moreover, we tend to confuse our work personality with our real personality. The main reason that adds up to this confusion is the large number of hours that we end up giving to our professional lives.

Since the unprecedented situation of Covid-19, people are finding it harder to maintain work life balance. With work from home the only solution left to carry on work, many people are ending up working more hours than they did while working from office. There is an evident glide of professional lives into personal lives. Many employees observed that they feel guilty while spending time away from their screens even when they have to take food breaks or tend to necessary household chores.

Even before the Covid situation, employees all over the globe strongly felt that their social life is compromised due to the amount of time they spend at their workplace.  Hence, they have started to be demanding to become like Jack at the end of the story, and not at the beginning.  A few countries have taken this hint, and succeeded. For example- New Zealand believes that Working hard is important, but so is making good use of time outside work. The employees have the best work life balance in the world which makes it a solid example to follow.

When it comes to India, one can say that a seed has been planted, but will take it’s own sweet time to grow or will it be nipped in the bud remains to be seen. On one hand, big companies like Philips which allows its employees to work from home if they don’t find a parking space, Future Group, provides their employees flexibility with regard to traffic to encourage work life balance, PwC takes the approach of an employee friendly location to make it easy for their employees, and SAP labs in Bangalore doesn’t monitor entry and exit time of their employees. But on the other side of the spectrum, many companies still believe in the traditional working hours as they relate it directly with increased productivity and organisational success. A fundamental shift which the Indian workforce is struggling with stems from an inherent trust deficit i.e. “If I cant see you working , I don’t really know if you are"

In 2019, an article stated that the “996” work culture in China (9 am-9 pm for six days a week) was being appreciated, and was ultimately adopted by many Indian companies.

But research finds that productivity per hour declines sharply when a person works more than 50 hours a week.

Relating productivity to only the number of hours is as bad as blaming the family members of a cricketer when he or she isn’t able to perform well in a match. Not only is it a flawed lens to use while judging performance , but it also increases the anxiety levels of employees hence impacting their ability to perform the job in hand.

Thus, the emphasis should be on the tasks performed during the day and not on the hours given by an employee. An employee working late might be less competent than an employee leaving for home early. This is because everyone works at their own pace and space, and it is an employer’s job to recognise that

Always remember, “A Happy and Motivated Employee is a Productive Employee”.

5 Ways How a Balanced Lifestyle can Help your Professional Career

How the Great Resignation has Benefitted Employees who have not Resigned

Improving Diversity at Senior Leadership Levels- The How and Why !

Hybrid Work Model - How to Build One and Why ?